He Cuts Hog by Molly Harvey

A book on the works of writer, artist, and singer Molly Harvey featuring her own pen-and-ink drawings and writings including poetry, parodies, and short stories. At Virginia Commonwealth University, Harvey studied Theatre Arts and in 1994 was discovered by San Francisco's legendary unknowns, The Residents. At nearly the same time, Harvey discovered her own untutored talent for rendering highly detailed pen-and-ink portraits. From the very first drawing to leave her pen, entitled "Clive, West Virginia, 1954," it is striking how Harvey's style appeared fully formed. Her unconventional style and voice cohere throughout the nine years of work represented here. As a storyteller, Harvey is a master of subtext. Her language draws tension through its restraint, then surprises with flourishes of bawling humor. These stories tend to evoke the quiet of disaster etched into the faces she draws, or they kindle a sort of gaping smile that precedes the only sound which can answer her quiet: Laughter. For those who know Harvey's sensibility as a singer and her gestural vocabulary on stage there is a certain resonance to be found with the gesture and manner of her illustrations. That these pitiable, familiar, disgusting, and terribly funny stories reveal their basis in real lives and actual events is unmistakable.

"When she’s watching TV and doesn’t have to talk, she takes her teeth out and sucks on old fashioned gumdrops. A bib from a seafood restaurant serves to block her nightgown from the rainbow hued drool."

"Sleeping is a familiar kind of torture, the world of my sick dreams and night sweats a known quantity. It is my waking life that has started to take on new and demonic proportions— violence in places one would normally not think of..."

"The first few visits we had together were near blackout
periods for me—my gut tied up in a thousand different
fanciful bows. It was all I could do not to cry as I watched
all the held back things be pushed out into the tubular spotlight…"

"...a born fiend, and even at that age I had already guessed that there is really very rarely any poisonous protective layer separating us from the forbidden. It's ours for the taking. I choke on my words. They consume me now." 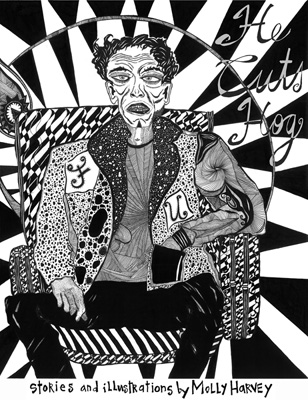 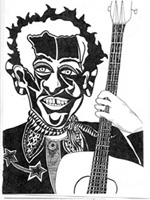 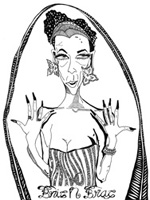 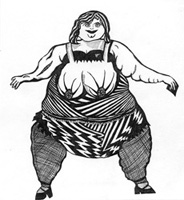 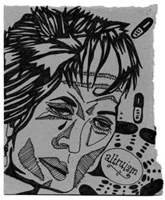